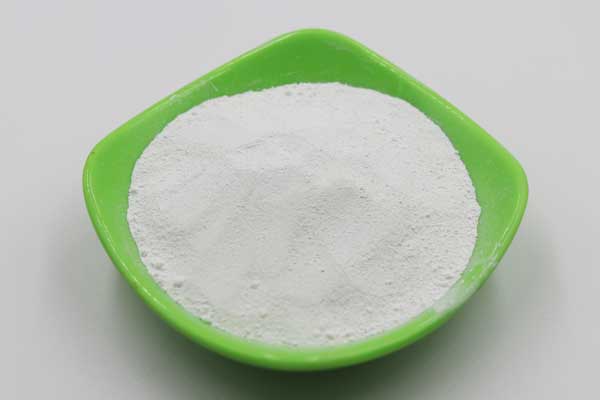 What Is Anatase Titanium Dioxide

Anatase titanium dioxide(TiO2) is an excellent white powder pigment with good whiteness, light tinting power, as well as strong hiding power, high chemical stability and good weather resistance. It is non-toxic, tasteless and non-irritating to the human body, which can be widely used in varieties of industrial fields, such as, coatings, plastics, paper and inks, etc… The anatase titanium dioxide for sale in Chemate contains general grade, paint and coating grade, PVC grade, masterbatch grade, ceramic grade. Check more about anatase grade titanium dioxide in Chemate. If you would like to purchase this chemical, inquiry us for quotation directly.

What Applications of Anatase Titanium Dioxide

Get a Free Quote

What Are Properties of Anatase Titanium Dioxide

Physical Properties
Among the commonly used white pigments, the relative density of anatase titanium dioxide is the smallest. Anatase Tio2 will transform into rutile Tio2 at high temperature, so the melting point and boiling point of titanium dioxide anatase actually don’t exist. The dielectric constant of anatase titanium dioxide is relatively low, only 48, the Mohs hardness is 5.5 to 6.0, so it can be used in chemical fiber matting to avoid abrasion of the spin holes. Anatase grade Tio2 has better whiteness, but the tinting strength and weather resistance are not good as rutile titanium dioxide.
Chemical Properties
It is extremely stable in chemical properties and is a kind of acidic amphoteric oxide. It hardly reacts with other elements and compounds at room temperature, and has no effect on oxygen, ammonia, nitrogen, hydrogen sulfide, carbon dioxide and sulfur dioxide. Anantase Tio2 is insoluble in water, fat, dilute acid, inorganic acid and alkali, only soluble in hydrofluoric acid. But under the action of light, it can undergo continuous oxidation-reduction reactions and has photochemical activity, anatase titanium dioxide is particularly obviously under ultraviolet light. This property makes titanium dioxide a photosensitive oxidation catalyst for some inorganic compounds and a photosensitive reduction catalyst for organic compounds.

How To Improve The Effect of Anatase Titanium Dioxide

1.Hydrolysis technology. From the hydrolysis quality and product quality to analyze that the quality of atmospheric hydrolysis is better, the hydrolysis particle size is uniform. To ensure the quality of hydrolysis, it is necessary to strictly control the quality index of the concentrated titanium solution, control the ratio of iron to titanium and the solid content within the specified range, as well as increase the operating conditions of the hydrolysis process.
2.Reduce impurity content. For anatase titanium dioxide, when the high iron content is 120ppm, its whiteness will be affected, and even light-color interconversion will occur.
3.The control of the calcination conditions. It is an important part of the crystal nucleation of anatase titanium dioxide. A good calcination temperature can make the anatase titanium dioxide dewatered and completely dehydrated, try to avoid the lattice defects of the anatase Tio2 crystal nucleus and affect its whiteness. Therefore, it is necessary to increase the control of the key temperature points, and at the same time make the feed volume and the density of the rotating speed match reasonably, increase the combustion chamber, and avoid the contact between the material and the flame and the occurrence of sintering.
4.Improve the application performance of anatase grade titanium dioxide through surface treatment. Anantase type Tio2 is a very polar powder, which is hydrophilic and oil-repellent in nature. However, if air, water and other pollutants are adsorbed on the surface, the dispersibility in water will be reduced, so surface treatment is often required. The common treatment agents are hydrated alumina and hydrated silica.

The Introduction of Anatase

Anatase is one of the three minerals of titanium dioxide, which is produced in ore veins in igneous rocks and metamorphic rocks, generally also occurs in placer deposits. It is hard, shiny tetragonal crystal with different colors. The crystal structure is approximately frame-like, the O ions are the most densely packed cubic, and the Ti atoms are located in the actahedral gap. Many anatases are formed by weathering of sphere, and it can be eroded into rutile. The chemical composition of anatase is the same as that of rutile, and the chemical formula is TiO2. The isomorphic substitutions include Fe, Sn, Nb, Ta, etc… In addition, it is also discovered that anatase contains Y-based rare earth elements, U and Th.
Appearance: The crystal shape is generally cone, plate or columnar.
Color: Brown, yellow, light green blue, light purple, gray black, almost colorless occasionally. Streaks are colorless to pale yellow. Diamond luster.
Mohs hardness: 5.5-6.5
Density: 3.82～3.976g/cm³
Special properties: Anatase is a low-temperature homogeneous and multi-image variant of TiO2, which can be transformed from other titanium minerals, and it can transform into rutile at 800-900℃.