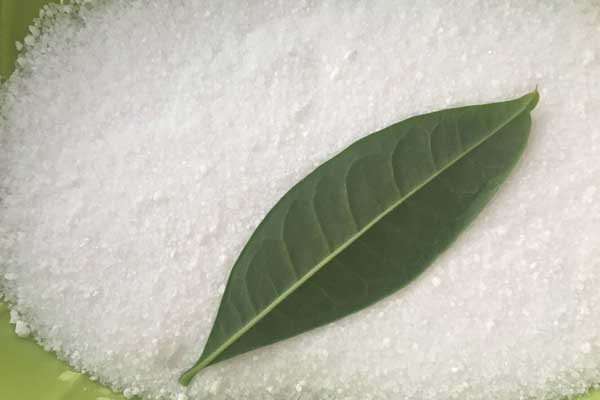 What Is Sodium Gluconate

Sodium gluconate, the sodium salt of gluconic acid, is white crystalline particles or powder in appearance. It has the characteristics of soluble in water, non-corrosive, non-toxic and easily biodegradable. Sodium gluconate has a wide range of uses in industrial fields. Used as a high-efficiency retarder and water reducer admixture in concrete industry. Used as a high-efficiency chelating agent in construction, textile printing and dyeing, metal surface treatment, water treatment industry and other industrial fields. It can also be used as steel surface cleaning agent, glass bottle cleaning agent, aluminum oxide coloring in electroplating industry. For sodium gluconate price? Inquiry us now.

Technical Specifications of Sodium Gluconate for Sale in Our Company

What Are Advantages of Sodium Gluconate Uses in Concrete

Without adding other retarders, adding a small amount of sodium gluconate to the concrete can achieve the effect of retarding pumping, thereby solving the problems of difficulty in construction or mass concrete construction in high temperature and hot seasons. It won’t affect the concrete performance strength.

What Is Sodium Gluconate Used for?

After adding a certain amount of sodium gluconate powder to cement, it can increase the plasticity and strength of concrete. It also has a retarding effect, that is, delaying the initial and final solidification period of concrete. Usually used as a water reducer and concrete retarder admixture in concrete.

Used as special cleaning agent for glass bottles. A professional glass bottle cleaner with gluconic acid sodium salt as the main formula can improve the following common problems. The detergency isn’t strong and it is easy to block the nozzle and pipeline of the bottle washer. Unsatisfactory de-staining power to bottle stickers and bottle neck rust. Trace residues after washing affect the safety of food, such as phosphate residues. The discharge of washing water causes pollution.

Used as steel surface cleaner. If the steel surface needs to be plated, chrome-plated, tin-plated, nickel-plated for special purposes, the surface of the billet must be strictly cleaned to make the plating material and the steel surface firmly bonded. Adding sodium gluconate to the cleaning agent will achieve desired results.

Used in the food industry

Sodium gluconate food grade is non-irritating, no bitter and astrigent. Mask the bitter taste of magnesium. Gluconic acid sodium salt has the effect of masking the unique bitterness of magnesium, zinc, iron and other trace metals, especially magnesium, and is suitable to be added to beverages and health foods.

It plays an important role in maintaining extracellular osmotic pressure and capacity, regulating acid-base balance, and exerting the normal function of neuromuscular. It can effectively prevent the occurrence of low sodium syndrome.

Used as an electroplating additive in the electroplating industry. It can be operated at a higher temperature and can be directly plated to obtain a bright gold coating without polishing and chrome plating. It has good rust removal performance.

Used in image develop industry. Adding an appropriate amount of gluconic acid sodium salt powder to the developer will make the image clear and stain-free.

Take crystalline glucose as raw material, dissolve crystalline glucose in water and add the catalyst. At a certain reaction temperature, sodium hypochlorite solution is added, while lye is added dropwise to make the equilibrium system move toward the direction of sodium gluconate generation. After the reaction finishes, the sodium gluconate product can be obtained by concentrating and crystallization. The process is easy to control, but the yield of sodium gluconate is low, and sodium chloride impurities are mixed in the product, which will limit the application of the product.

Add a certain concentration of glucose solution and catalyst to the reaction tank, and then an appropriate amount of air is passed into the reaction system. Control a constant reaction temperature and pH. After the reaction finishes, the sodium gluconate crystals are obtained by filtration, concentration of crystals, and centrifugal drying. The process is simple, the product quality is better, but the catalyst cost is higher.

Including fungal fermentation and bacterial fermentation processes. The process of producing sodium gluconate by fermentation of Aspergillus niger is commonly used. The method is to obtain glucose lactone and hydrogen peroxide by simple dehydrogenation of glucose through the glucose oxidase produced by Aspergillus niger, while adding a certain amount of NaOH solution to maintain a certain pH value to obtain sodium gluconate. With the development of fermentation control theory and technology, its production technology continues to improve, its production scale continues to expand, product costs continue to decrease, and the production technology is more concise and environmentally friendly.