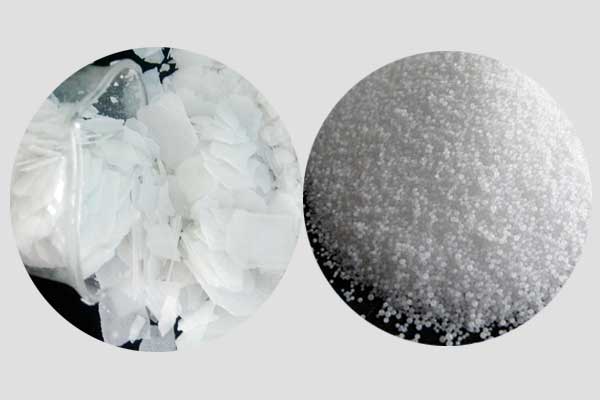 Specifications of Caustic Soda for Sale in Our Company

What Is Caustic Soda Used for

Used in printing and dyeing, textile

For indigo dyes and quinone dyes. During the dyeing process of vat dyes, it is first reduce to leuco acid with caustic soda solution, and then oxidize it to the original insoluble state with oxidizing agent after dyeing. After treating the cotton fabric with lye sodium hydroxide, it can remove the wax, grease, starch and other substances covering the cotton fabric, and at the same time can increase the mercerized color of the fabric and make the dyeing more uniform.

Treat cotton and linen textiles with concentrated caustic soda solution to improve fiber properties. Man-made fibers are mostly viscose fibers, which are made by using cellulose as a raw material to make viscose liquid, spinning and coagulating.

To make viscose fiber, firstly use 18%-20% sodium hydroxide solution to impregnate the cellulose to make it into alkali cellulose, then dry and crush the alkali cellulose, and finally dissolve the sulfonate with dilute lye to obtain viscose liquid. After filtering and vacuuming, it can be used for spinning.

Caustic soda is soluble in ethanol and glycerin, insoluble in propanol and ether, and has relatively high solubility in water. It has strong alkalinity, so it is usually as an alkaline cleaning agent in water treatment. Caustic soda will also corrode sodium carbonate at high temperatures. It has a disproportionation reaction with chlorine, bromine and iodine, and can neutralize acid to form salt and water. Caustic soda mainly contains hydroxide and sodium ions. Among them, hydroxide can combine with many kinds of metal ions to form flocs or precipitates, thereby eliminating heavy metal ions in the water. In wastewater treatment, sodium hydroxide can reduce the hardness of water through neutralization reaction and adjust the pH value of water. It is also a regenerating agent for ion exchange resin regeneration.

The raw materials for papermaking are wood or grass plants. In addition to cellulose, these plants also contain a lot of non-cellulose, such as lignin and gums. Sodium hydroxide is used to remove lignin, carbohydrates and resins from wood to obtain fiber. The addition of dilute sodium hydroxide solution can dissolve and separate non-cellulose components, thereby preparing pulp with cellulose as the main component.

Used in the metallurgical industry

In order to remove the insoluble impurities, the active ingredients in the ore usually need to be converted into soluble sodium salts. Therefore, it is often necessary to add soda ash or sodium hydroxide as fluxing agent.

Caustic soda is used to make metallic sodium and electrolyzed water. The production of many inorganic salts, especially the preparation of some sodium salts, such as borax, sodium silicate, sodium phosphate, sodium dichromate, sodium sulfite, requires sodium hydroxide and soda ash. The two chemicals are also used in the synthesis of dyes, drugs and organic intermediates.

Used for dredging sewers, cleaning range hoods, etc. The main component of the plumbing agent is sodium hydroxide, which is a strong base and has the effect of decomposing protein.

Food grade sodium hydroxide can be used as acid neutralizers, used as peeling agents for citrus, peaches, etc. It can also be used as the detergent for containers, such as empty bottles and cans, as well as decolorant and deodorant. Also be used in the preparation of starch, carboxymethyl cellulose and sodium glutamate.

About Preparation Method of Sodium Hydroxide

Crush, dissolve, and clarify the trona, then add with lime milk, and causticize at 95-100℃. Then clarify, evaporate and concentrated the causticizing liquid to a concentration of about 46%. Cool and salt out the clear liquid, and then further boil it to obtain solid sodium hydroxide.

After melting the original salt, add soda ash, caustic soda, and barium chloride refined preparations, remove impurities such as calcium, magnesium, sulfate ions. Then add sodium polyacrylate or causticized bran to the clarification tank to accelerate the precipitation. Add hydrochloric acid after filtration to neutralize, preheat the brine and then send it to electrolysis. Preheat, evaporate, salt, and cool the electrolyte to prepare liquid caustic soda, which is further concentrated to obtain solid product.

This method uses the ion exchange membrane method to electrolyze salt water, and then produce sodium hydroxide. The main principle is that the cation exchange membrane used has special selective permeability. That is, only H+ and Na+ are allowed to pass, but Cl-, OH-, the bipolar products H2 and Cl2 can’t pass. Therefore, it plays a role in preventing the mixing of the anode product Cl2 and the cathode product H2. It also plays a role in avoiding the reaction of Cl2 and NaOH, another product of the cathode. And then generate NaClO and affect the purity of caustic soda.

With more than 15 years of experience in exporting chemical products, our chemicals have been exported to many countries and regions all over the world, such as Israel, Malaysia, Vietnam, Thailand, Syria, Turkey, Pakistan, India, Russia, Brazil, Romania, Saudi Arabia, etc. Because of the high quality and competitive price of the chemicals we provide. The brand of Chemate has won a good reputation in foreign markets. Inquiry us for the price of caustic soda for sale in our company now, we will reply you in 24 hours.