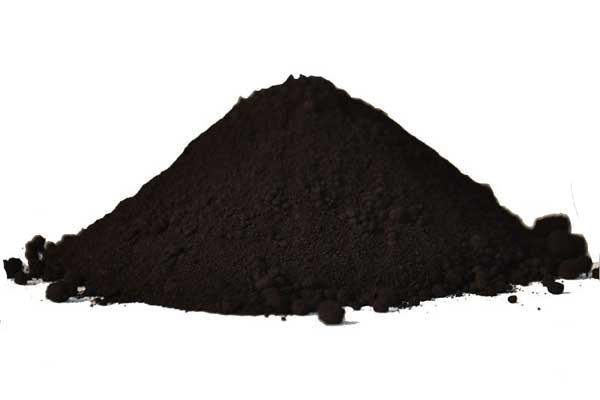 What Is Black Iron Oxide Powder

Black iron oxide powder is a kind of black and tasteless, odourless synthetic chemical pigment. Black iron oxide powder has stable performance, the color won’t change even if it is exposed to sunlight and rain. Meanwhile, the coloring power and hiding power are very high, its light and atmospheric resistance are very good. Because of its excellent performance, it is widely used in paint and coatings, the coloring of building materials, plastics, rubber, as well as electronic and telecommunications industry and machine manufacturing industry, etc… For the high quality black iron oxide pigment with competitive price. Send us inquiry us now or call us directly for the quotation.

What Are Chemical Properties of Black Pigment

The hiding power and coloring power are very high, its effect on light and atmosphere is very stable, insoluble in alkali, slightly soluble in dilute acid, completely soluble in concentrated acid. It has poor heat resistance, can produce red iron oxide at higher temperature, transform to γ-Fe2O3 at 200℃, transform to α-Fe2O3 above 300℃. Therefore, black iron oxide pigment is rarely used in powder coatings.

The black iron oxide used in ceramics is generally the synthetic form that the natural equivalent mineral magnetite contains 5-15% impurities. Synthetic black iron oxide is much more expensive than natural finely ground materials, but if there is a good reason to use it, and the percentage in the product formulation is low, the cost will be justified. In ceramics, black iron is uses as the source of Fe, which is preferred to red iron oxide. But it has higher requirements of black raw color and its distribution properties.

How Is Black Iron Oxide Powder Made

Reduction method of yellow iron and red iron is to partially reduce the ‘’Fe” by boiling to produce black iron.

The method of burning iron is to burn the treated waster iron in air or pure oxygen to directly produce iron black, which can be then crushed and sieved to obtain the black iron oxide powder.

Crystal seed method need to prepare iron black seed crystals first under certain conditions, and then oxidize the iron sheet to iron black in the presence of the seed crystals.

What Are Performances And Uses of Black Iron Oxide Pigment

Get a Free Quote